For all comers JSC “Concern “Sea Underwater Weapon - Gidropribor” opens the Museum of Sea Underwater Weapon with its unique collection of full-scale models and appropriate platforms (surface ships, submarines, aircrafts) as well as the units and components of torpedoes and mines, interior items and souvenirs.

The Museum with the total area of 769 m2 comprises two halls and the Admiral S.O.Makarov memorial room in the main building, an exhibition hall and outdoor grounds in a museum yard.

The starting point of the introduction to underwater weaponry is the yard with the hall which accommodates current naval systems and two outdoor grounds with mines, torpedoes, antisubmarine bombs and their launchers. 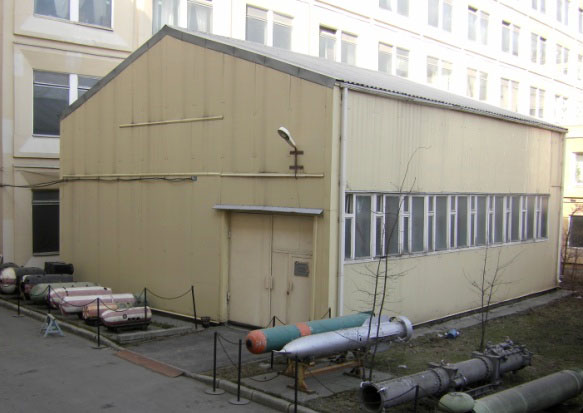 The first (small) hall presents the history of the underwater weapon from its origin to the end of World War II. The exhibition includes models of the mid-XIX to the mid-XX centuries.

The small hall of the Museum. Exposition covering the mid-XIX to the mid-XX centuries

The second (large) hall deals with postwar systems demonstrating the models designed generally by the NII-400 Institute and the “Gidropribor” Central Scientific and Research Institute.

The large hall of the Museum. Exposition covering the latter part of the XX - the beginning of the XXI centuries

All exhibits in the large hall are divided into two parts. To the left of the passageway there are models of mines, MCMs, UAVs, rescue vehicles and towed systems. 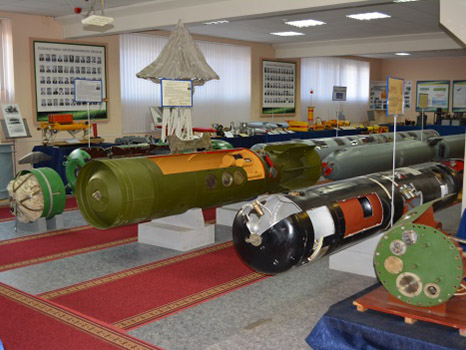 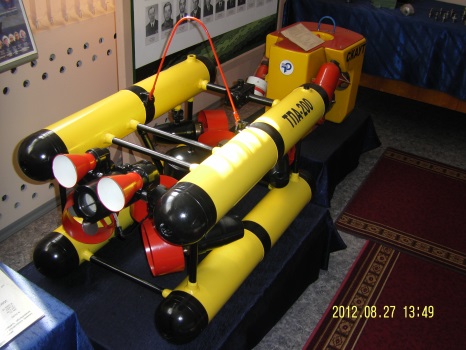 The right side of the hall displays torpedo weapon: lightweight- and heavyweight systems, gas-steam and electrical torpedoes, rocket torpedoes, homing and wire-guided, ASW and ASUW systems. 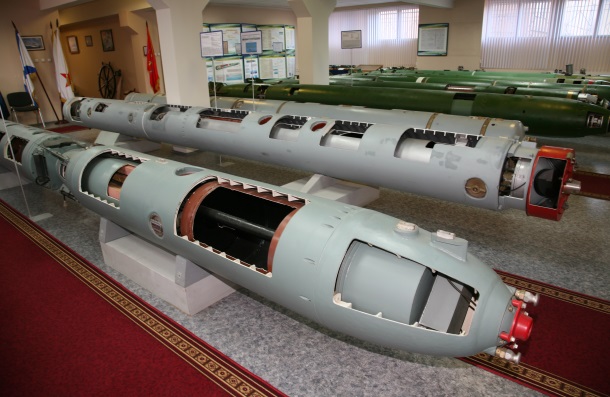 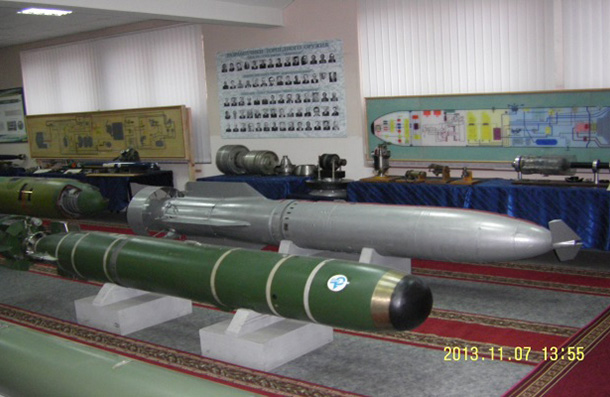 A certain pride of place must be given to the S.O.Makarov memorial room. The prominent naval commander and scientist, Russian vice-admiral Stepan Osipovich Makarov made a great contribution both to the naval tactics and oceanography and development of the domestic shipbuilding, underwater combat capabilities and shipboard artillery. Among the exhibits there are things from his office while he was a military governor in the town of Kronstadt, the geographical map with notes made during the world cruise onboard the corvette “Vityaz” and a number of other things.

Showcases hold the copies of family photographs representing the admiral’s wife Kapitolina Nikolayevna, his daughter Alexandra and his son Vadim in various periods of their life.

The photographs depict S.O.Makarov’s life - from his birth in the city of Nikolaev, the Cherson province, to the tragic death onboard the fired ironclad “Petropavlovsk”. 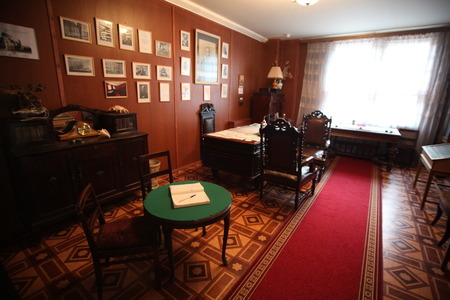 To arrange a group visit (no less than 8-10 pers.) you should submit a provisional letter addressed to the Director General of JSC “Concern “Sea Underwater Weapon - Gidropribor”.